It is already June and five weeks have passed since I left Kathmandu in the midst of the airport chaos of the last two days of regular flights before the airport closed. Corona lockdown had started two days earlier and yes, I feel blessed and lucky that all my plans had been approved by the gods by the fact that no major changes had to be made – we were able to get it all done. My annual visit into the village was therefore only delayed by three months. (Usually I am there during christmas break, although noone knows how things will be able from now on.)

Now, that I am back in the land of plenty with things being German „normal“ I listen to the voices of those who have it all…

How can they complain? … We have clean tap water, drinking quality, being flushed down the toilet. In Nima’s place „normal“ means no water before monsoon, Kathmandu valley has dried out then. Some richer people have water tanks underneath the house and the water truck brings water. Some buy BIIG plastic water tanks for inside usage. Some just have to go to the public fountain and wait in line to get some water. It is not considered drinking quality from our point of view. Once monsoon has started the water which is available on tap in the house is brown and dusty. Ah and:

We have supermarkets full of food, so we can actually throw out FOOD (only toilet paper is scarce in times of crises…). We have schools and hospitals … yes.. things have definitely decreased in quality here.. but we are all part of it.. we have all had the life of (almost) Gods and enjoyed it.. although we have always heard about some others who might not have it that good in the world…I guess some of us even felt that WE have deserved it.. Oh well. I could go on .. but I won’t… just to make you a little aware of the „land of plenty“…

Now, Nepal has also been hit by „Corona“.. The third lockdown had just been imposed while I was getting ready to leave. PCR tests were possible but the queues were long in front of the couple of hospitals that offered it to the travellars. Since the negative tests could also be bought a couple of days the airport and airlines did not accept the PCR results from just any hospital anymore. Yes, the land of corruption. – and it is EVERYWHERE… thinking about people ripping of others makes me sad, but it seems to be in human nature. We have that here, too.

Nepal has its „normal“ disasters on top of it, earth quakes, exploitation of natural resources and just now the monsoon has arrived. Starting with the flooding of an area which had alrady been badly affected by the earthquake in 2015 … and I am waiting for the news of the landslides coming soon.

Yes, some people there have also started to build higher and bigger (and not always safe…), people, too, want to go the easy way and just make a lot of money renting out expensive places.., … what to do.. humans seem to be totally the same when it comes to that.

But here people, too, complain about the government. And then once you travel you meet people who look at Germany from a different point of view, and you hear sentences like: „Germany has dealt with this mess really good“, „At least Germany seems to know what they are doing“, …

Well, … whatever a government does it will always be corrected by the ones who know it all .. and so much better.

Back to Nepal where the government seems to have no concept themselves how to deal with anything but filling their own pockets, …. we were able to get all the things done in Kathmandu, had our T-Shirts printed, stickers and business cards made and we got the money packed in envelopes to give out to the children and parents of Hill. The rice transport had been organized by Nima once before already.. in October… so again we organised the donkey trail transport into the village. The donkeys brought the rice up while we were in the village!

This year there were only a couple of places open along the trail. Nima’s Papa carried for us and Pema brought the picnic on the third day and took some of the load to carry a little after we had crossed the „dudhkoshi“the „milkriver“. The lodges where people usually stay for trekking tourists were all closed and locked up due to almost NO tourism this year. A sad sight. Many people had taken up loans to build lodges along the way for the big tourism year 2020.. well.. the „come visit Nepal year 2020“ got cancelled like so many other things… due to the start of the „Corona era“. What that means to the people who have invested you can imagine.

So we included one of the lodge owners from Namche Bazar on the list of „looking for so. sponsoring my child“… after we had gotten to know him. We don’t really want to spread far from the connections we already have. By now (thanks to many people helping!!!) 75 godchildren.. all linked and connected to the village, to Nima’s family, or us having met them.

In the village we had an incredibly beautiful welcome Puja. A German welcome sign and three days of Sherpa feast, Sherpa dance, Sherpa disco, Kata, Kata, Kata (the shawls for blessings, prayers and well wishing) – Chang, Chang, Chang (Sherpa beer) lots of incredibly beautiful smiles and unfortunately the „normal“ village cold and cough, which then got to me on the way to EBC.. I doubt it was case of corona since it started with a running nose.. and everyone had it, no bad thing. Social distancing and masks were at that time not very popular (nor available) in the village. Too much of a happy time. It was really good to see everybody. The rice transport went well and I saw some very strong women and children carrying the sacks home. Whenever I leave the village after the three days … I am full of incredibly wonderful pictures and the happiness needs to last.. knowing that for sure there is no easy way back. Most probably another year until I get to think about going back there.

After our „mission“ was complete we headed out towards Khumbu.. a totally different experience.. this is definitely the place where the rich and want to be famous/special/finding myself people are heading out towards Everest. Reason enough for me to only dare it THIS time .. towards the „magnificent“ Himalayan range. The expeditions and climbers which had come to climb Everest despite Corona had already passed Namche Bazar and we had a rather deserted little town to enjoy. I could only imagine what this whole trip must be like with the „regular“ number of trekkers and expeditions. It is only one way in and one way out.. . People probably bump into each other when it is crowded.

While we were in Solukhumbu we frequently thought the „what if there is a lockdown“ thought, and we were quite sure that we would then head back into the village. Although knowing there is no health post nearby .. at least we would have been able to move a little bit. But this is MY luxury thought.. I would not really want to get stuck in the village with bad cases of corona happening around.

Arriving back in Kathmandu and to the daily news of India being so badly affected with the new Delta virus.. it was quite clear that a lockdown was AGAIN on the way.

I was lucky enough to fly out on my regular flight and we had almost managed to get all the things done we wanted to .. thanks to NIMAs organising.. and his family helping with everthing they could. Thanks to my home base too, without my travel agent and my Spes Mea accountant working in „home office“.. lots of things would have not been able to be done without more problems.

After my return in Germany we had to get the children and sponsors sorted out. Which was doable, due to the fact that I am on sabbatical and my co worker know the computer :).

In the meantime one of our kids who was still on the list had died .. (cause unknown) in the village, and shortly after my return our next secondary school child fell of a tree in the village breaking his right arm. The school money will now probably first be needed to get him into a hospital in Kathmandu for surgery needs to be done. He has not had a chance yet to get proper medical treatment…

We had someone writing an article about our little association, too and it was nice to receive the positive reactions to it. If you actually read through all this .. I would love to hear from you :). Send a note or get in touch trough phone or E-mail. 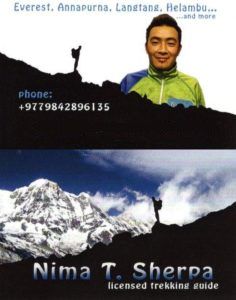